The History of Answering Service Care 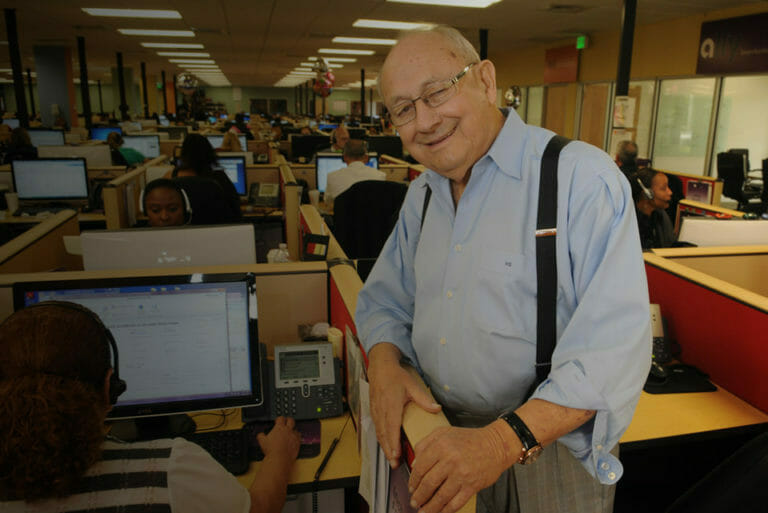 The history of Answering Service Care is fun and friendly – much like our service. Our founder, Herman Shooster, began working at the age of 12 pumping gas at his father’s gas station in Chester, Pennsylvania. Herman honorably served as a medic in the Pacific during World War II. After the war ended, Herman earned a B.A. in Marketing from Temple University. He was an entrepreneur ever since– and it was this entrepreneurial spirit that launched his legacy in the answering service industry.

But Herman’s business story didn’t begin with answering service. Long before anyone ever heard of McDonalds, Herman’s dad and brothers built a fast food restaurant. (If only they had thought franchising!) Then they expanded it into a drive-in restaurant, complete with a dance floor and radio station and live music, like the movie “Grease” come to life. In fact, Shooster’s was one of the original “birth places” or rock and roll. Remember the hit song “Rock Around the Clock” by Bill Haley and the Comets? Bill Haley was a regular gig at Shooster’s restaurant. Eventually, the State of Pennsylvania purchased the restaurant and used the land to build the Commodore Barry Bridge, across from the Delaware River.