The Heart of a Family 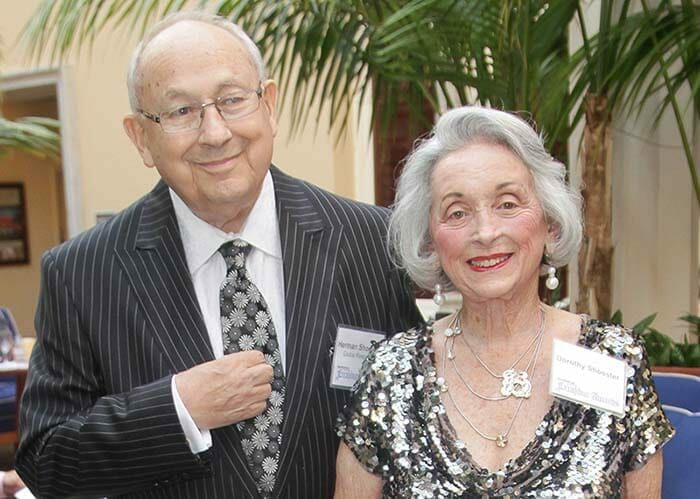 Here at Answering Service Care, there was a make-shift shower located in a small closet-like area. The Brooks Brothers; Frank and Joe who the original owners of the Answering Service, would sometimes use the shower when they had to work long hours.

In 1974, after our family acquired the company, additional space was needed and the suggestion was made to remove the dingy shower and create a larger closet. Herman agreed “we will do it together” he told his son Michael and instructed him to purchase a (fire) torch and began planning to dismantle the shower.

I didn’t like the idea of Herman doing the job himself and tried to convince him to hire professionals, but his mind was already set and he reassured her that he would be able to complete the task himself. I also knew that we needed to save all the money they could, and I figured it would be best if I trusted Herman to do the improvements himself and hoped for the best.

A few days later, when it was time to dismantle the shower Herman instructed Michael  to torch the copper pipe as he turned it, which would seal the water outlet. Michael began torching the pipe as Herman turned  it.

During the process Michael observed Herman and became uneasy with his method.

Again Herman dismissed his comments; “Michael I know what I am doing, be quiet!”

And the dismantling of the shower continued. A few moments later, what Michael and his mother had feared became a reality. Water came gushing from the wall, them drenching the Shoosters and started spreading into the office.

A panicked Herman fluttered to find the (shut off) valve but to no avail. Operators noticed the water flooding the floor, and being the family we are, they all ruptured in laughter.

The fire department had to be contacted to discontinue the flow; however that day added to the legacy of Answering Service Care and was recited whenever the opportunity was presented, even two decades later.

The lesson behind the story however, were the four words spoken by Herman ‘we’ll do it together’.  This same attitude helped to develop the family atmosphere that is now synonymous with the Answering Service department (and Answering Service Care as a whole). He taught us to be team players, by being a team player. He taught us to rely on each other, by relying on us. He convinced us that we were a family, by simply treating us like family and showed us that the heart of our family rested on unity, that it rested on each and everyone of us.