New Phone Etiquette, Who This? 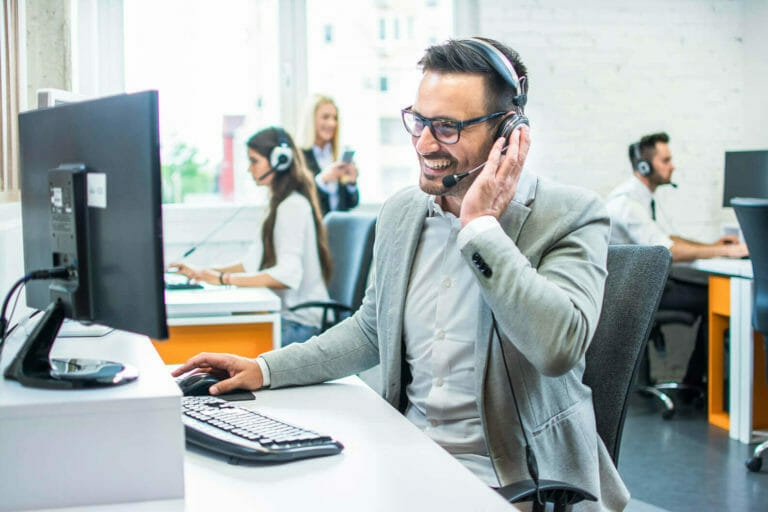 Answering Service Care was established in 1974. That year, President Richard Nixon resigned, Stephen King published his first novel, and Leonardo di Caprio was born. We’ve come a long way since then! (Maybe not quite as far as Leo, but…) Of course, back then 46 years ago, there were different rules about how to answer a phone and hold a telephone conversation. We’ve changed with the times of course, always offering a contemporary and technologically advanced yet courteous service, but we thought it might interest some of you to look at what the standard was when our company was founded.

In general 70s telephone conduct, the thing to do was to answer the phone by greeting the caller and waiting for them to introduce themselves, or prompting them to do so if they neglected to. It was very impolite to hang up without first saying goodbye and waiting for the other caller to do the same. Of course, today, with caller ID, it’s rare that we need callers to introduce themselves, and the stray telemarketers and scammers that do get through deserve a swift hanging up at the very least. Party lines were another feature of telephone usage in the 70s. However, they were not without their setbacks. In 1970 three boys died while their mother begged a another woman and a girl to vacate the party line so she could call the emergency services.

Of course, rules were very different for business calls in the 70s, as this Bell System video details.

Things have advanced considerably since the days of switchboards and party lines. Now making and receiving calls has never been easier. That said, it is still important to practice good etiquette. Answering Service Care is committed to providing the very best customer service with the highest standards of etiquette and care.

Modern rules for cellphones are mainly concerned with how to best avoid making a nuisance of yourself while using your cellphone in public.

Many things have changed, but some things remain the same: companies can trust Answering Service Care to provide the same great quality of service that will leave their callers satisfied, today as in 1974.